In 2012, towards the launch of their affiliate company NDANITV, Africa’s premier online media platform for original African entertainment, GTBank approached us to develop an identity that would be timeless, portray a beautiful Africa and could easily transit into use for awards and merchandise.

Ndani which means ‘inside’ in Swahili, represents the singular proposition: to take viewers inside Africa. Since its creation, it has generated fresh, unique, and cutting edge shows such as Gidi Up, The Juice, Skinny Girl In Transit , The Interview with Frank Donga and much more.

Our task was to create the logo, sonic identity and motifs for NDANITV which is still being used across various online channels eight years after. 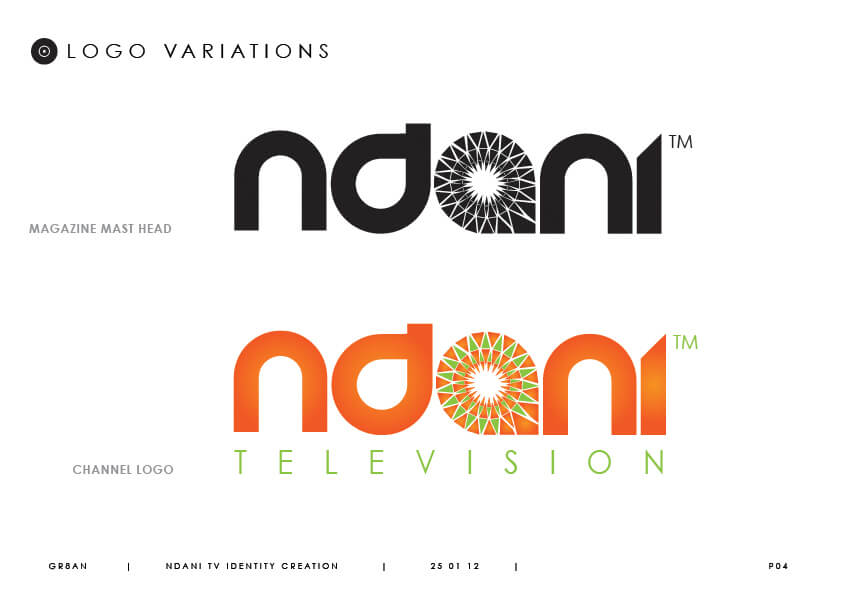