Guinness Africa Special was the primary beverage sponsor for the popular musician, Olamide’s Annual Concert. Our task was to create a quality experience for consumers to showcase the brands association at the Olamide Live In Concert event.

We developed the Guinness Africa Special walkway branding for the concert. We set up 2 branded bars in the concert space, with large UV sprayed Harps and panels. We installed UV Lights around the venue, with special focus on the bar, bringing the space to life. We provided waitresses and stenciled their bodies with UV Paint to ensure that they stood out in the event space. We also installed Graffiti Inspired brand centric Cargo boxes at various points throughout the venue, to further showcase Guinness Africa Special as an event sponsor. We sampled free drinks throughout the event, and engaged people through a lucky draw, as well as photo props for social media curation. We also produced a 1 minute video about the brand, and had this play at various points on the screens throughout the event.

The brand was established as a sponsor of the Olamide Live In Concert Event. The sampling locations allowed people to taste the drink and provide valuable feedback to Diageo. The UV Lit Waitresses and Bars were definitely a Hit, as the area quickly became a spot for selfies and photos throughout the event, thus giving our client accidental exposure in the event photos. 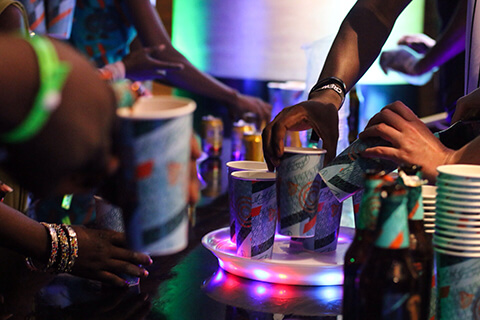 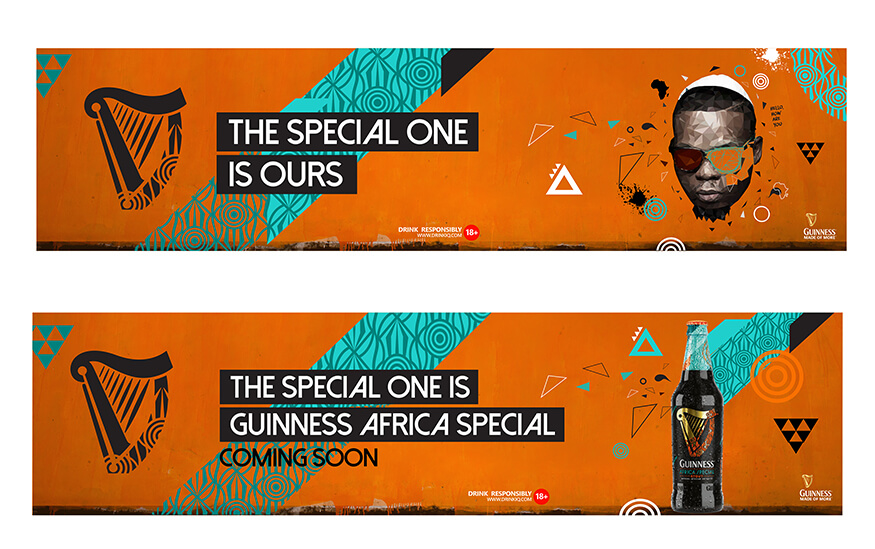 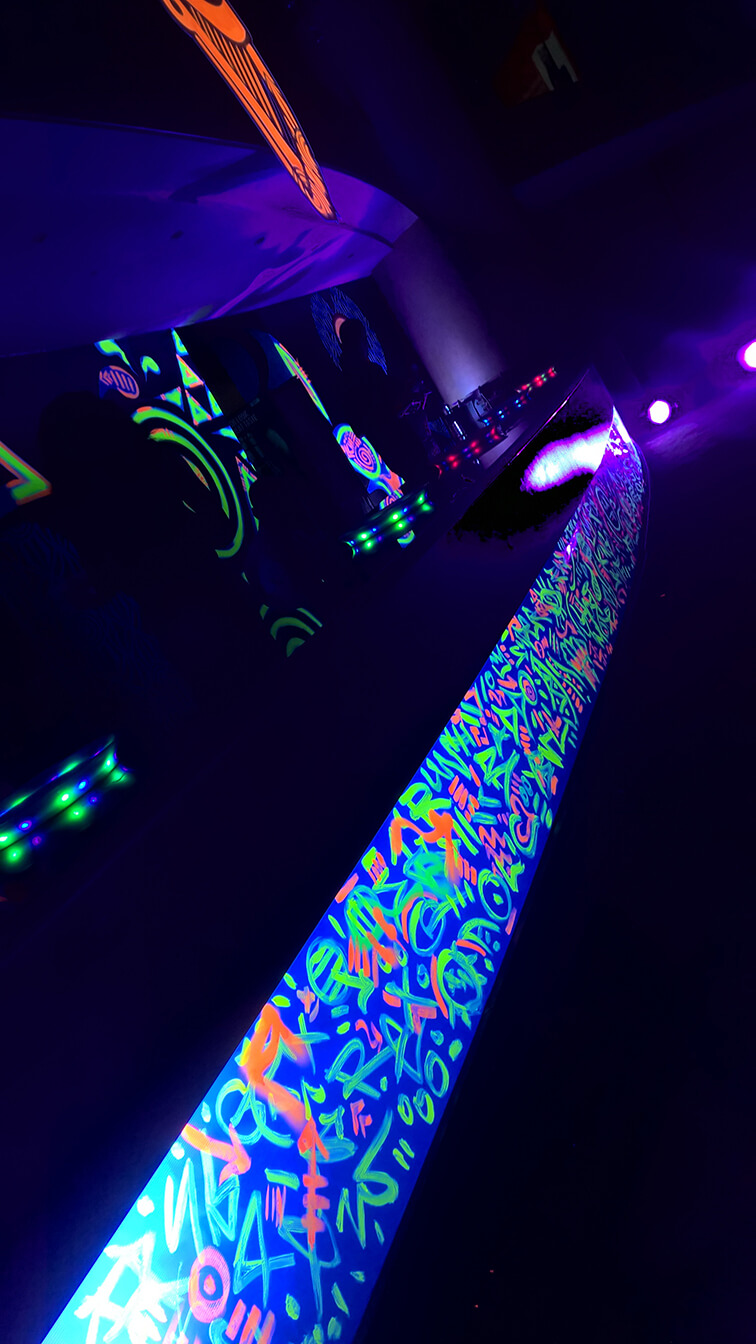 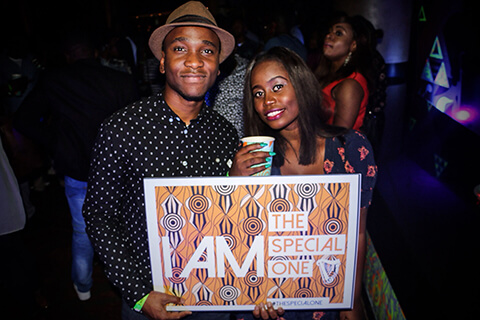 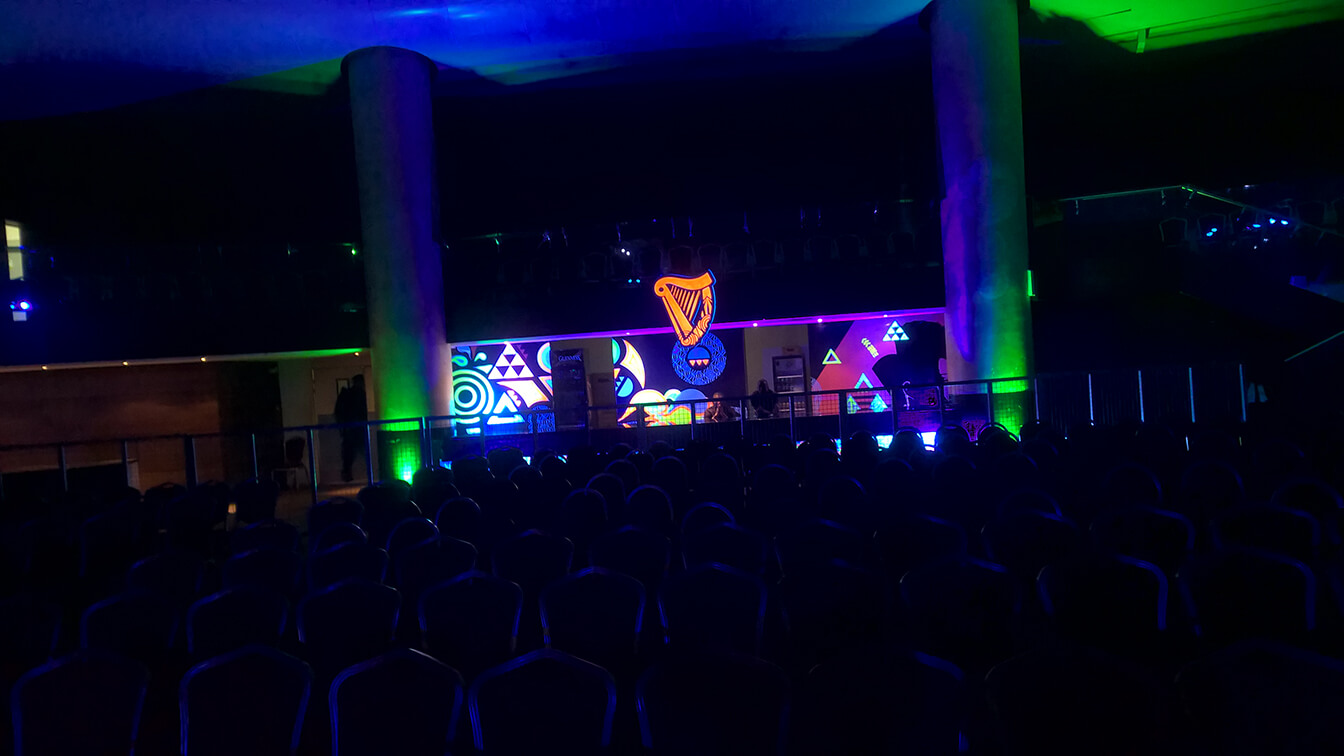