Dreamterpreters is a creative and Brand consultancy. We untangle the ideas you have about where you believe you should be going with your life, career or project while zeroing in to the heart of it. Over the last 10 years as a team, we have been actively involved in interpreting the dreams of Large corporations, SMEs, Entrepreneurs, Athletes, Creatives, Brand custodians, Students, Politicians, Captains of industry, Pastors and Young professionals. These people and companies, who have cut across different age groups and business sectors, have trusted us with all that they have seen in their hearts and we have guided them to the point that these things crystallize to become concrete achievements. 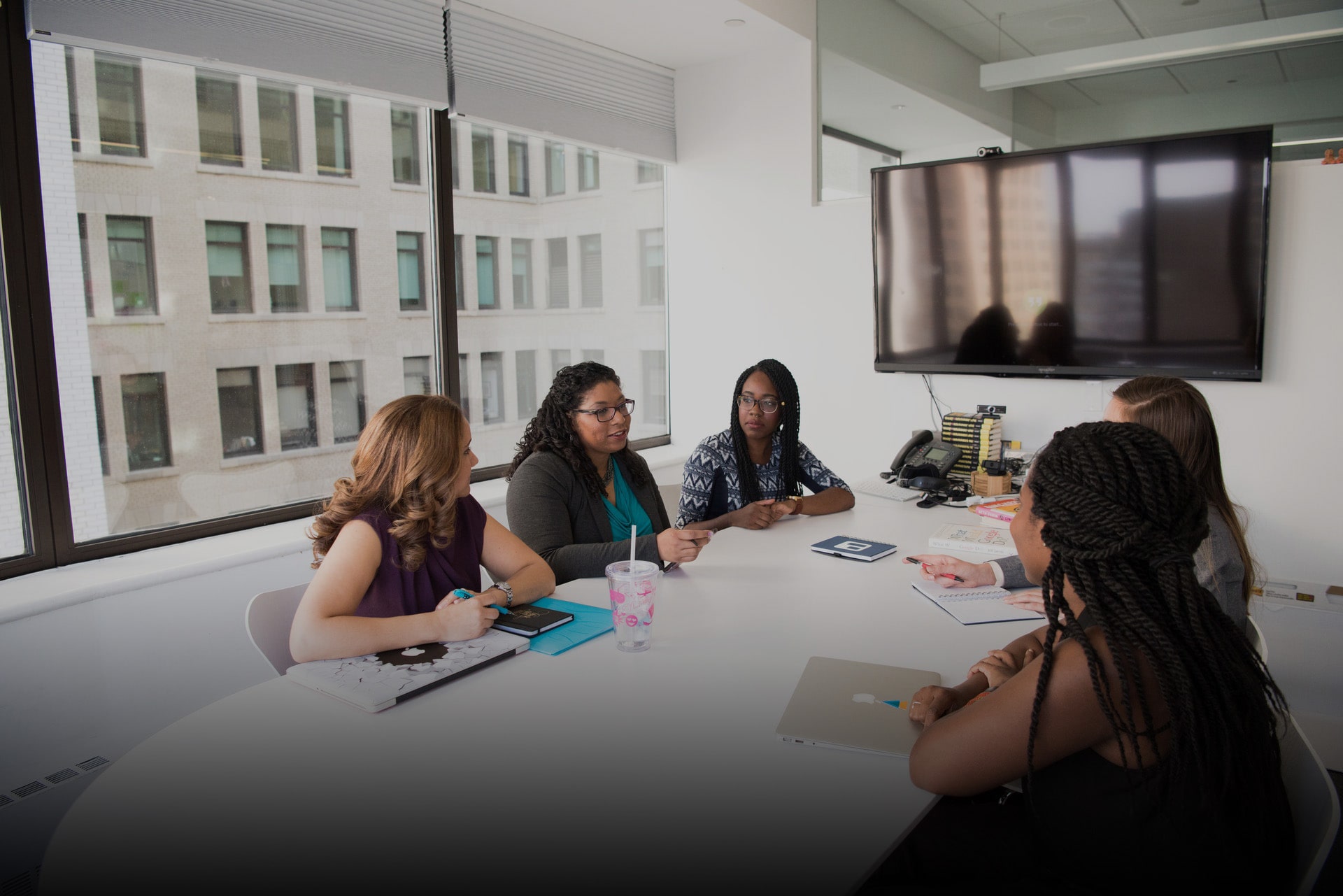 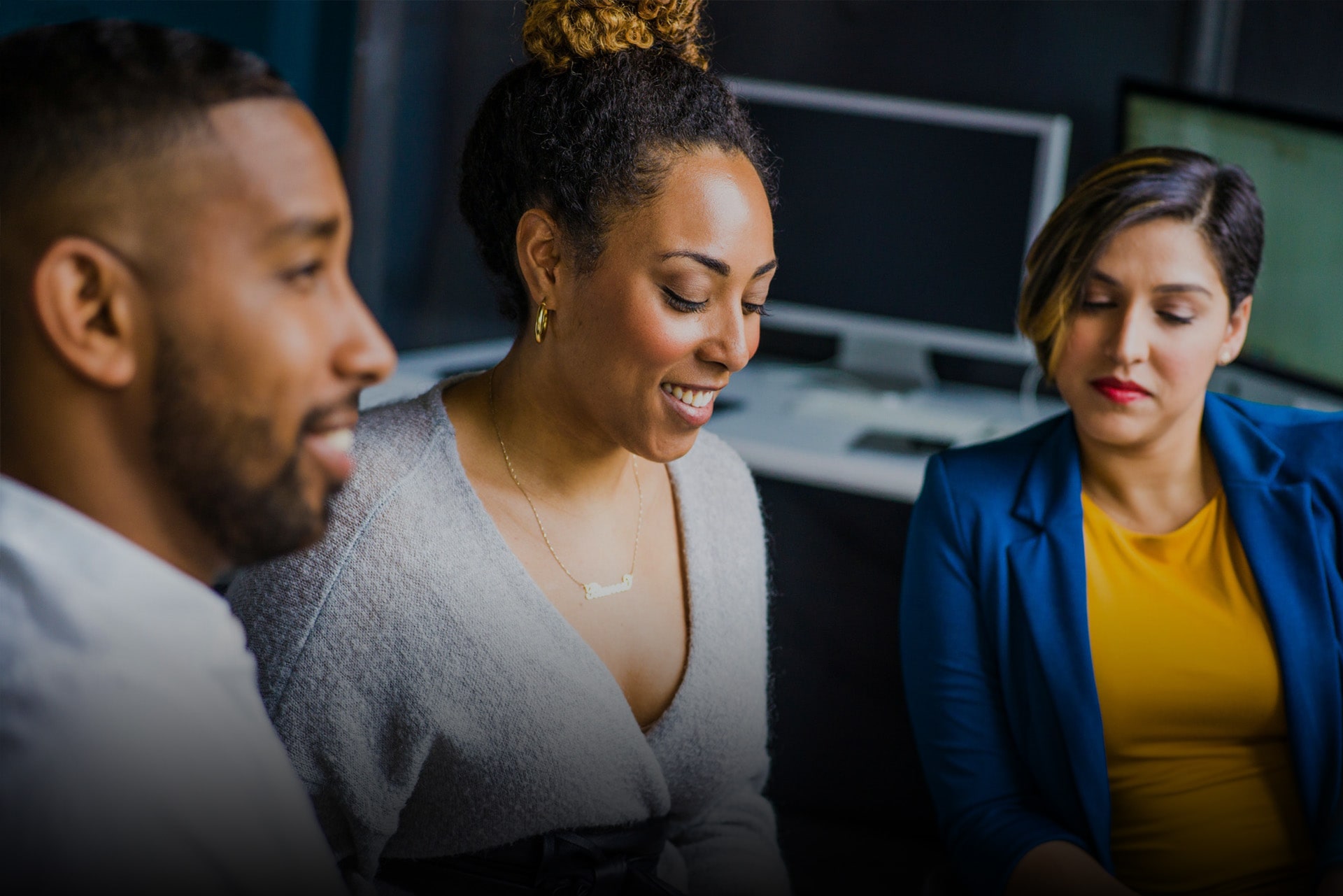 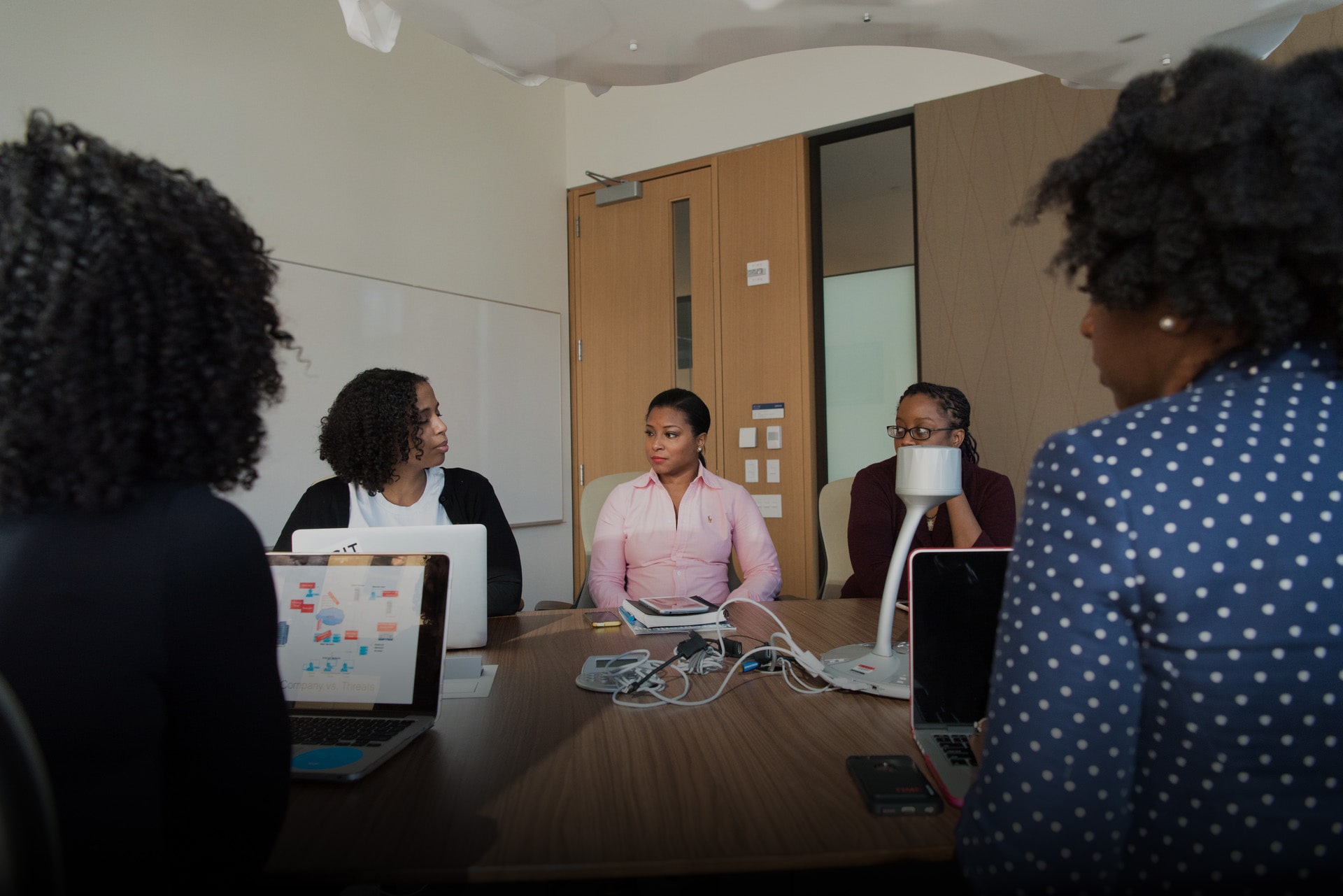 We are a duo made up of Adaora Mbelu and Akinlabi Akinbulumo, who with the strength of a small but super team, bring together over 20 years of skill and experience in brand strategy and storytelling, management consulting, Project management, design, legal frameworks, business process engineering and economics to assist clients begin the journey to becoming all that they dream. Beyond our skill sets we bring two other things that make the difference; Heart and foresight.

We came together to offer a range of tailor-fit offerings we find that the people who have needed us over the years constantly ask for. Here are a few more details about the both of us, our journeys and why people have trusted us with their dreams. 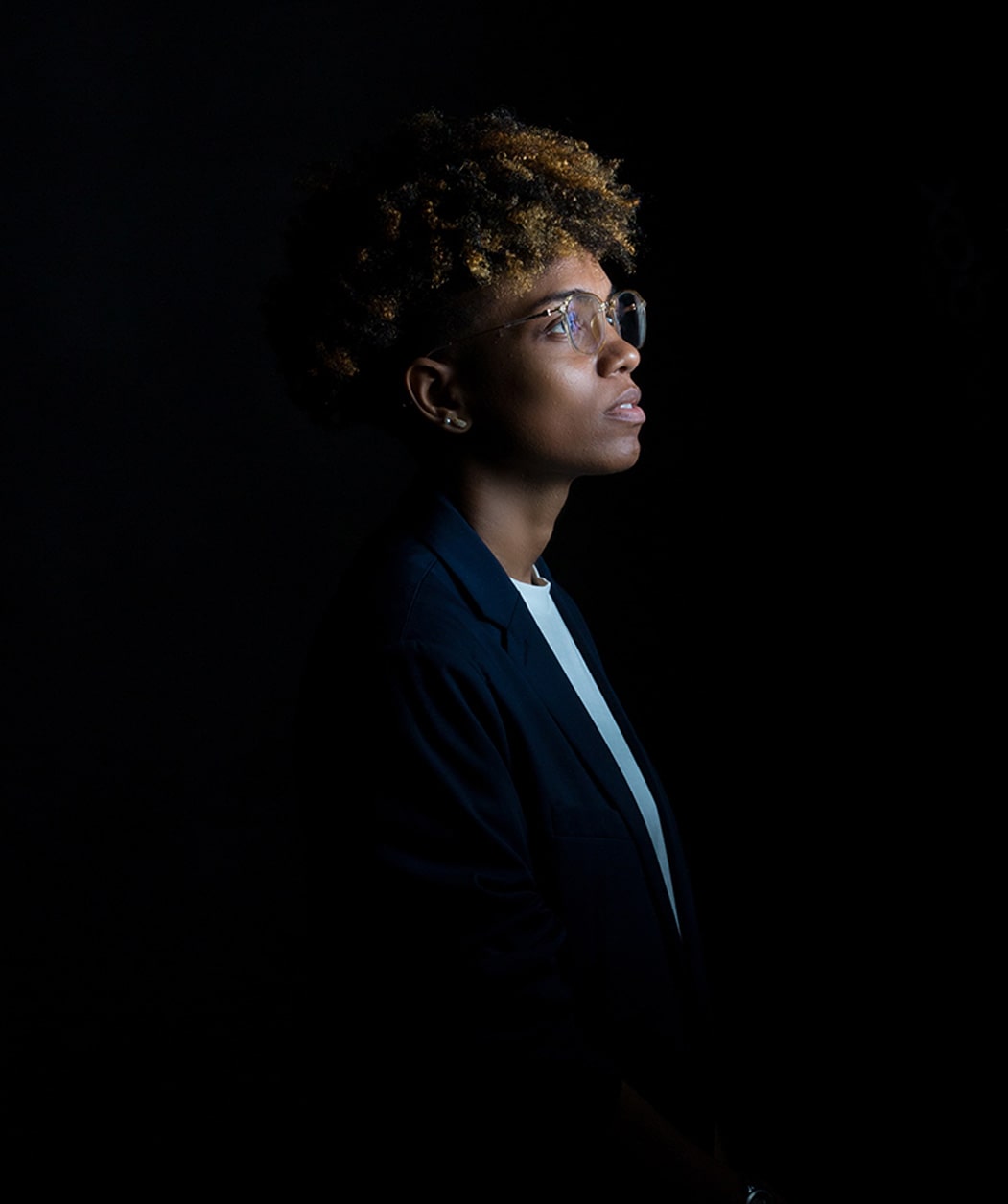 Adaora Mbelu is a Bright Light, Dreamterpreter, and Purpose Driver. She is a co-founder at Dreamterpreters Inc and founder of Lumination Global Network, an organization on a mission to empower individuals and organizations to live a life of purpose. She is also the author of “This Thing Called Purpose”, a book that helps people understand the true essence of living with and through purpose.

As a brand developer, she has worked on projects with several multinational companies, SME’s, and individuals. Adaora has worked as content manager on the UNWTO Conference, Nigeria Centenary Awards, and International Conference On Peace & Security. She was also the project manager for Fremantle Licensed TV Shows, Nigerian Idol and Nigeria’s Got Talent, where she managed the business, brand, and production of the shows. Adaora was the Corporate Communications Manager for OSMI during the 2010 World Cup managing all communications on the broadcast rights for Nigeria. OSMI was also a broadcast marketing license owner for the UEFA Champions Leagues, UEFA Europa League, FA Premier League, La Liga, and Bundesliga. Prior to moving to Nigeria, she was a Credit Analyst at Citigroup USA, where she received awards for organizational efficiency
and team spirit.

In 2017, she was mentioned in Entrepreneur Magazine’s “11 Africans that are changing the business landscape in Africa.” Adaora is a recipient of the Royal Leadership Award by His Imperial Majesty, Oba Enitan Adeyeye Ogunwusi (Ooni of Ife). She is a Future Awards Africa Nominee for “Entrepreneur Of The Year” and “Prize For Media Enterprise” category. In 2019, she was awarded “Most Inspiring Woman” at the Her Network Woman of the Year Awards. Adaora has been featured among Nigeria’s Under 40 CEO’s, and Top 30 Under 30.

At the age of 16, Adaora represented Nigeria at the Global Young Leaders Conference in New York, and Washington DC, USA. In university, she was nominated Outstanding Freshman at NKU, Outstanding Sophomore at NKU, and Outstanding Junior at NKU. She was also invited to the National Scholars Honor Society, and Entrepreneurship Institute Honors Committee. She was the president of the African Students Union at Northern Kentucky University, and Vice President/Social Chair of the International Students Union. She was a recipient of “The Spirit Of Entrepreneurship” Scholarship by The Castellini Foundation.

Aside from her academic and professional work, She has a super-passion for community development. She is a founder at Socially Africa (@sociallyafrica), a foundation that gives back to the community through several initiatives. One of her philosophies is the importance of living a purpose driven life, and using as many of her gifts as possible. As a result, She finds several mediums to express her purpose. She loves to teach and share experiences via her community. She is a Visual artist, Designer, Photographer, Poet, Rapper, and also recently co-produced and acted in “Truth” an award-winning TV series on the Africa Magic Channel.

Akinlabi Akinbulumo is a visual storyteller and brand strategy/ideation expert.  An ardent follower of the Sun Tzu philosophy, Akinlabi is constantly driven by the maxim: “The true product of a company, regardless of its resources, is the quality of its thinking”.

Prior to founding his first company, Gr8an in 2012, he has been at the helm of developing creative ideas in the Nigerian business and Information technology landscape. In 2006, he joined Nakachi Consulting, a management consulting company where he was a part of the team focused on driving ministry and agency reforms before being reassigned to its sister company. He was instrumental to the establishment of the financial services company, PAYSTAR Limited and was head of the Strategic High Impact Teams before becoming its Business Development Manager in 2008.

He moved to Guaranty Trust Bank in 2009 to further his career in brand management and development. At GTBank, he was a critical part of the brand management team, which over the period of his stay developed a robust digital engagement platform and the most effective cutting-edge brand communications in the industry.

His discipline as a Chemical Engineering graduate of the University of Technology Minna, has been essential to his drive in ensuring that process flow sits at the heart of his strategy development.

Akinlabi’s track record played a key role in earning Gr8an and the Trellis group of companies the privilege to start work on big name brands from day one. These organizations were set up to deliver the sort of brand strategy that has maximum impact on business strategy and business process engineering.

He has facilitated a number of Brand development and management training programs and has co-facilitated seminars on Business development, Leadership, Operational Excellence and Process Re-Engineering.

As a Visual storyteller, Akinlabi goes by the alias MrPhisha and uses a unique style of photography and, art and videography to build and tell real and passionate stories. Amongst his various projects is “Genii” a mini documentary series focused on demystifying the creation process but yet telling stories of ordinary people who give themselves wholly to ideas that make them become truly extraordinary. The first season features some celebrity guests including Praiz, Osa Seven, Darey Art-Alade and Mai Atafo.

He is the author of PHINC!, a book aimed at getting readers to think in a way that produces great results and offers guidance on living life on purpose. 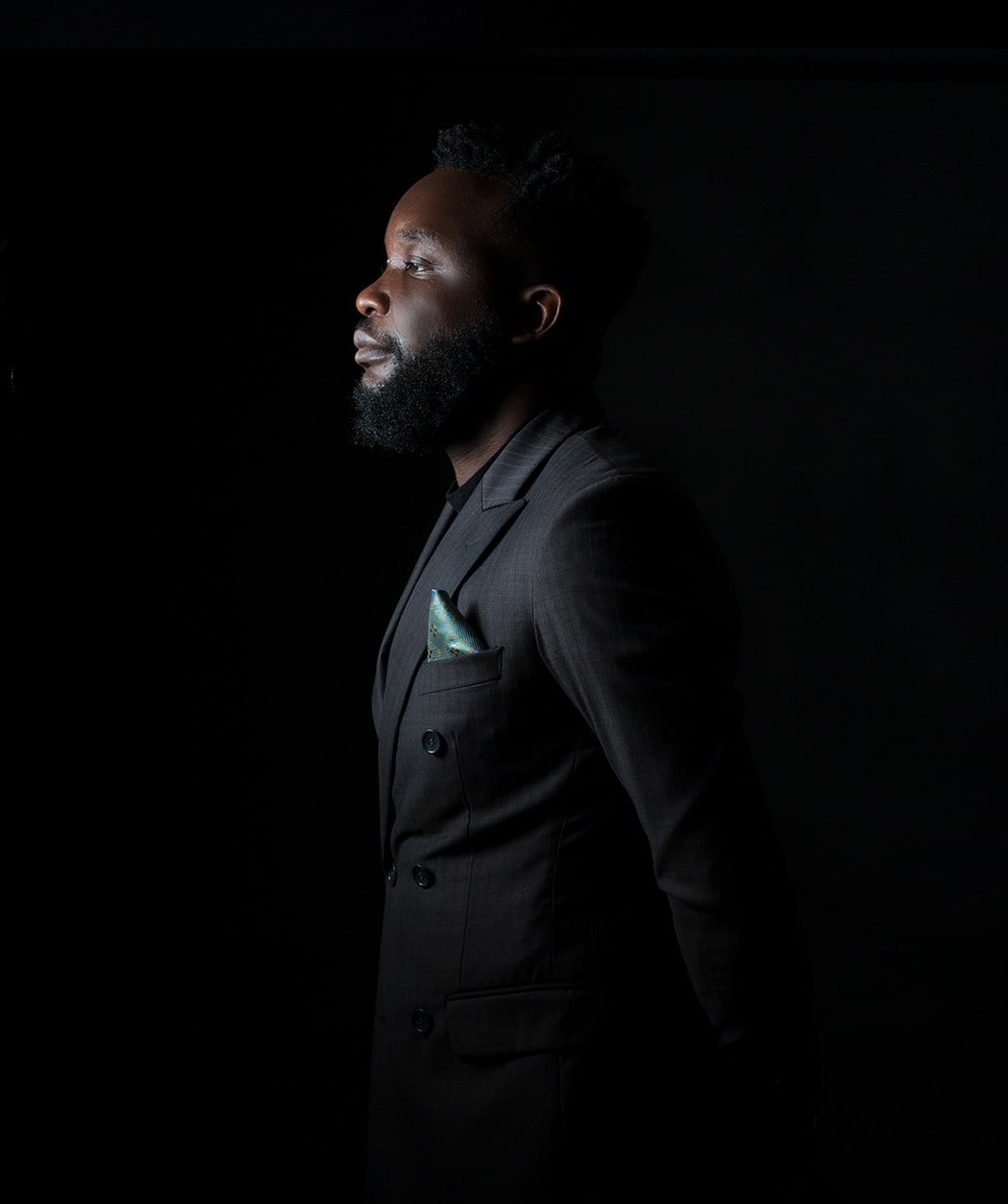